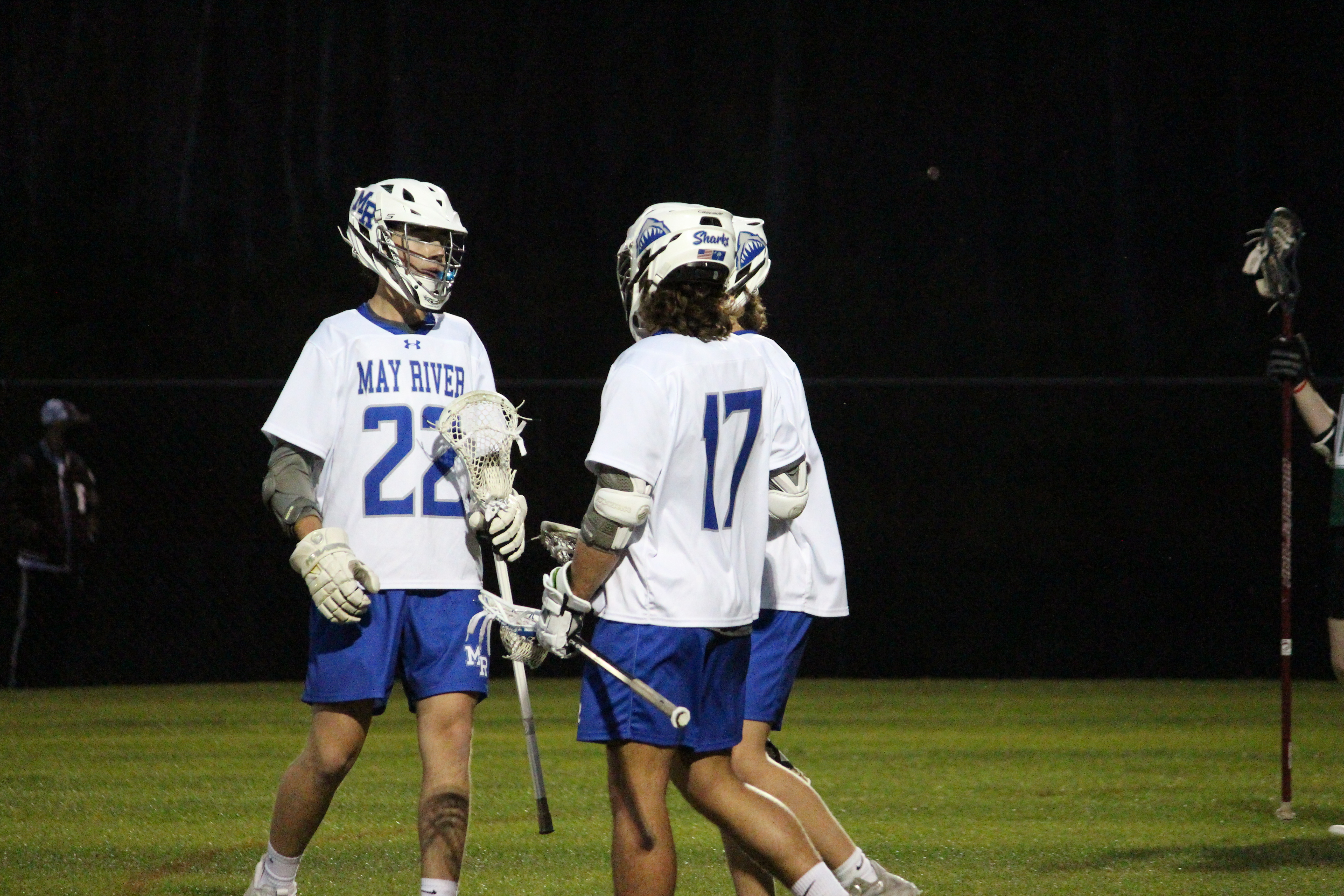 The Sharks lost their second region game on Monday night in Mount Pleasant to the host Lucy Beckham Bengals.

The competition was close until the 4th quarter, when the Bengals rattled off three goals in a row and the Shark’s late surge could not prove to be enough.

Senior Defenseman Rett Harrell led the Shark defense with 2 takeaways and 6 groundballs while Junior Goalie Corbin Wiltse had 10 saves on the night.

Eli Hall went 9/17 on faceoffs while van Esselstyn provided a late surge going 2/2 at the end of the game.

The Sharks’ next contest is their final region game vs Bluffton at home on Monday, April 5th at 7:00pm