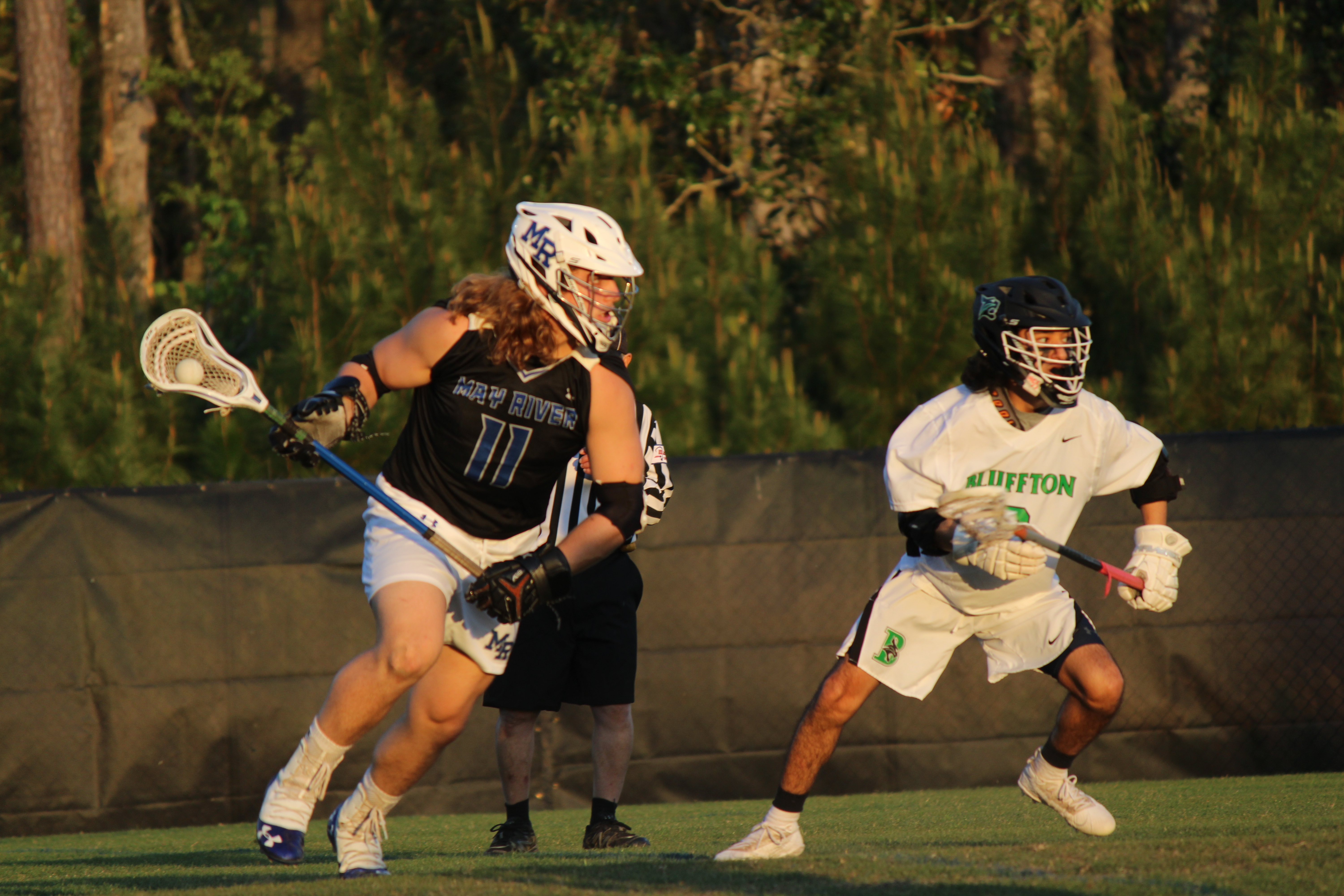 The May River Sharks Boys Lacrosse team swept crosstown rival Bluffton by a score of 21-5 on Monday night in The Tank.

The Sharks were led by Senior Attack Rob Gadomski, who led all scorers with a sock trick of 6 goals. His offensive firepower was matched by Sophomore Brooks van Esselstyn, who tallied 3 goals and 3 assists of his own.

Three other Sharks tallied their own hat tricks with van Esselstyn. Senior Hudson Kramer, Junior Andrew Dromsky, and Junior Reece Simonson each noted 3 goals each, while Simonson assisted on two other goals.

Senior Mike Gonzales added 1 goal, along with 6 groundballs, and Sophomore Thomas Raisch added 2 goals of his own, to accompany 2 groundballs and 2 takeaways.

Sophomore LSM Jacob Bollinger scooped up 6 groundballs of his own while also recording 1 takeaway.

The Defensive unit of Seniors Will Wilson and Rett Harrell, along with Junior Caleb Tkaczyk, recorded a combined 2 groundballs and 5 takeaways.

The Sharks rode like banshees, causing the visiting Bobcats to turn the ball over 10 times while trying to clear the ball.

The Sharks wrap up the regular season on Thursday against the visiting Bishops from Bishop England. JV faces at 5:30pm with Varsity to follow immediately.